I know that Humpback Whales don't have anything to do with a BirdCam, garden or birds, but I just couldn't resist putting these pictures on my blog.  On our trip to Hawaii we went whale watching and saw some Humpback whales.  We saw mostly mothers with calves and a few that were followed by an interested male.

Here is a mother Humpback whale with its calf.  You can see the twin blowholes and the knobs around the mouth of the mother whale.  Look closely to the left and you can see the dorsal fin of the calf and in the water you can see its white belly.﻿


Below the calf is swimming just above the mothers head.﻿

Below you can see the spray from it's exhale and notice how far back the dorsal fin is from the blow holes.

We never saw a breach where the whales leap into the air but we did see a lot of tail and pectoral fin smacks.  The females were basically smacking their tails on the water in the direction of the males.  The mothers were still nursing their young and not in "the mood" to mate. 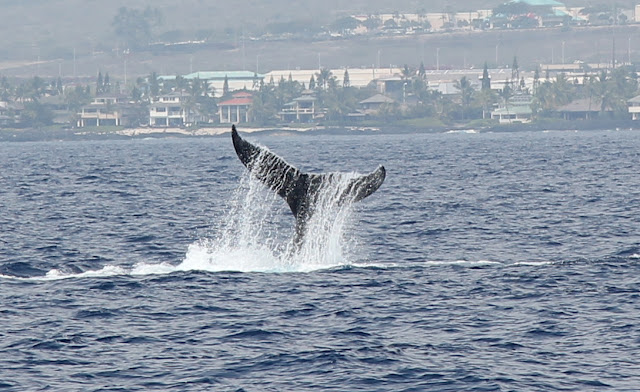 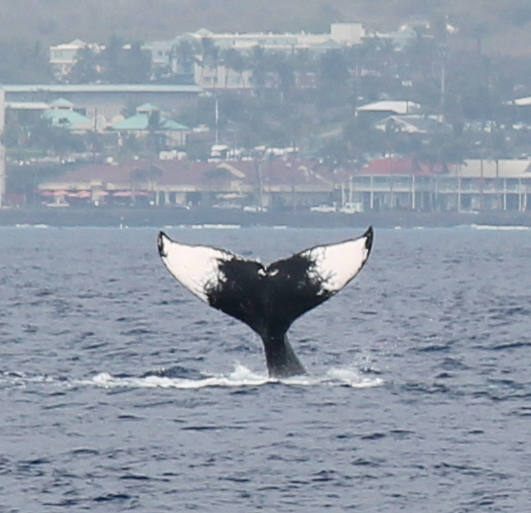 The females would also use smack pectoral fins on the water to get rid of a male whale. 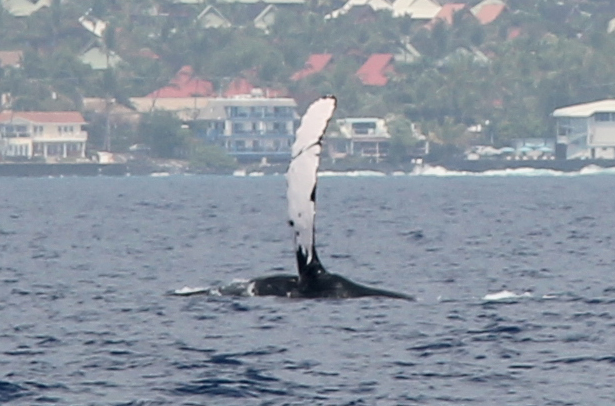 These next two shots were show her pectoral fin up and the next shot is smacking the water and a male is swimming away. 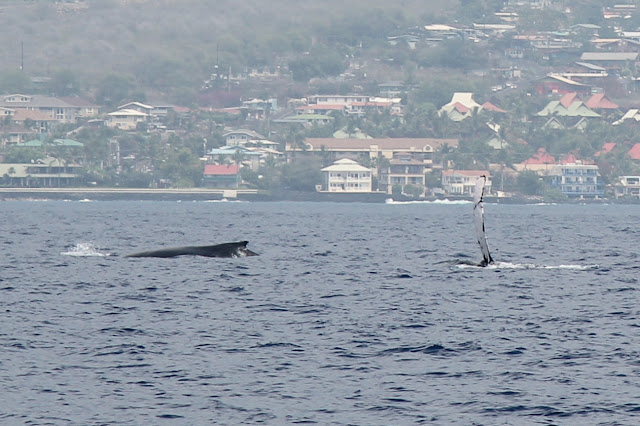 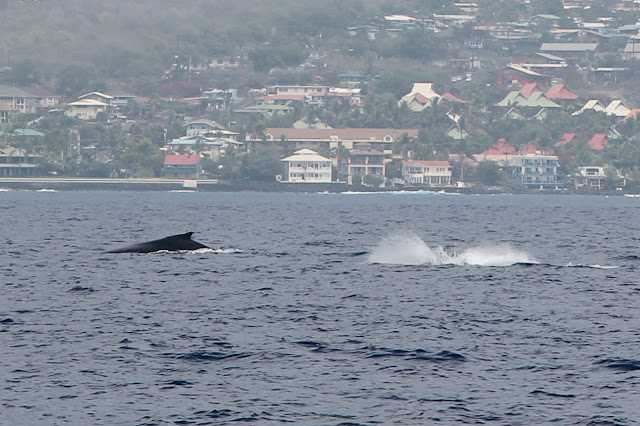 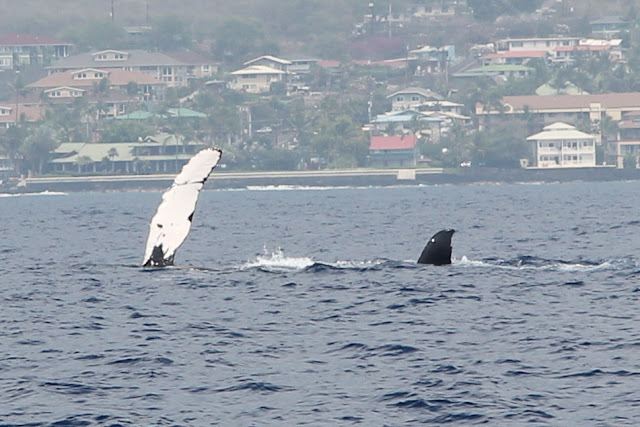 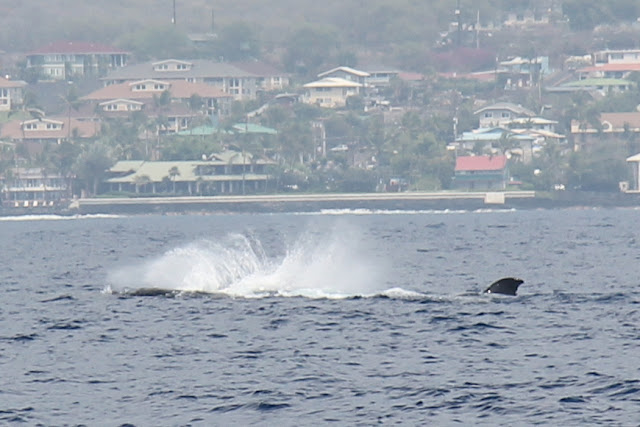 It was a great afternoon out on the ocean. 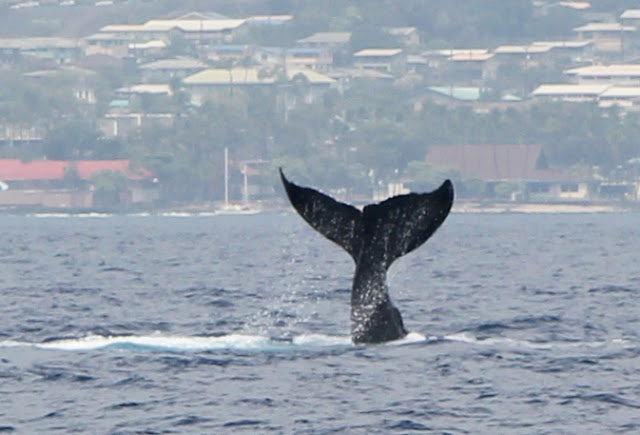 
On our recent trip to the big island of Hawaii, we visited the Hawaii Tropical Botanical Garden.  It's a beautiful botanical garden located north of Hilo in a small valley along the Kahalii stream and Pacific Ocean.  The 40 acre garden has a collection of tropical plants from all over the world.  There are over 2,000 species, representing more than 125 families and 750 genera.  However, we only found one begonia!  Other than that, it's a great tropical botanical garden and I really enjoyed taking the following pictures. 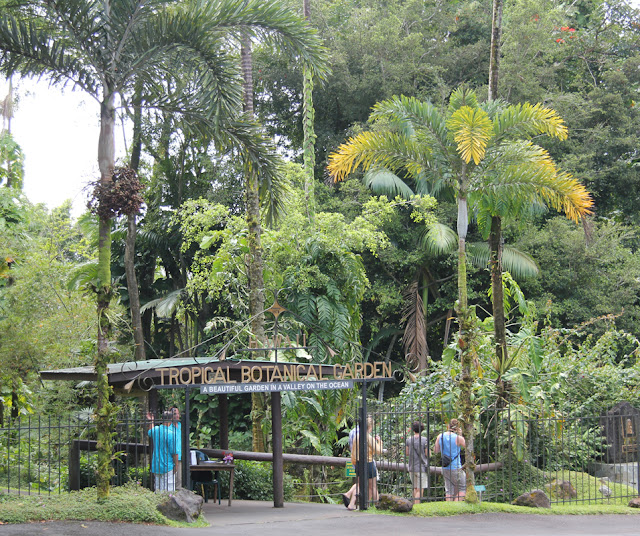 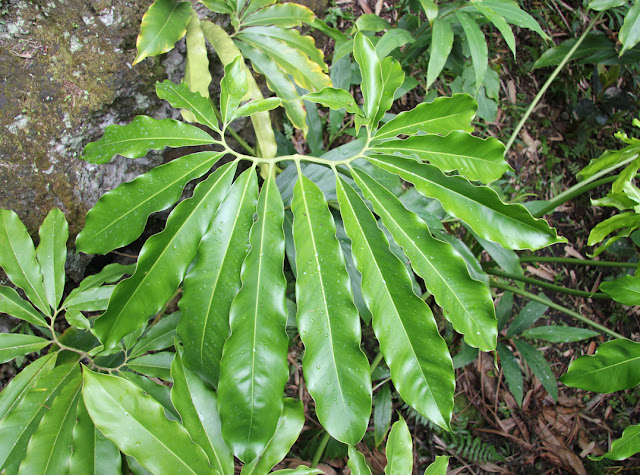 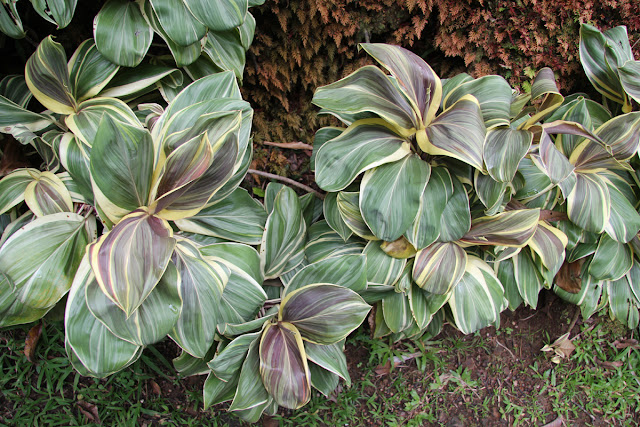 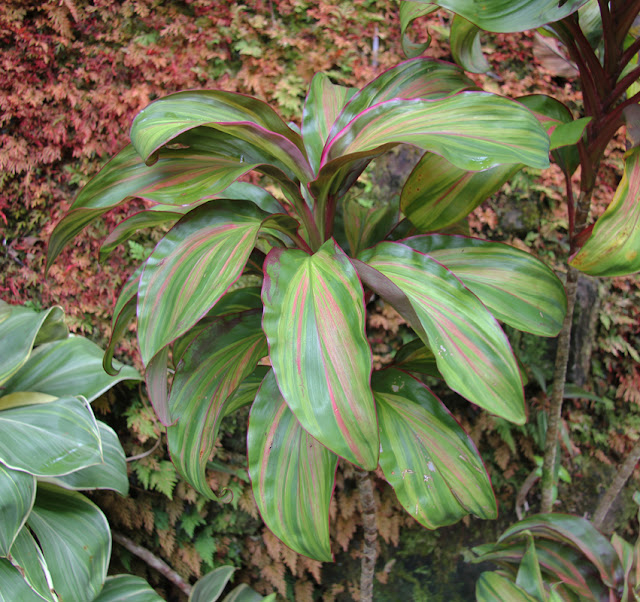 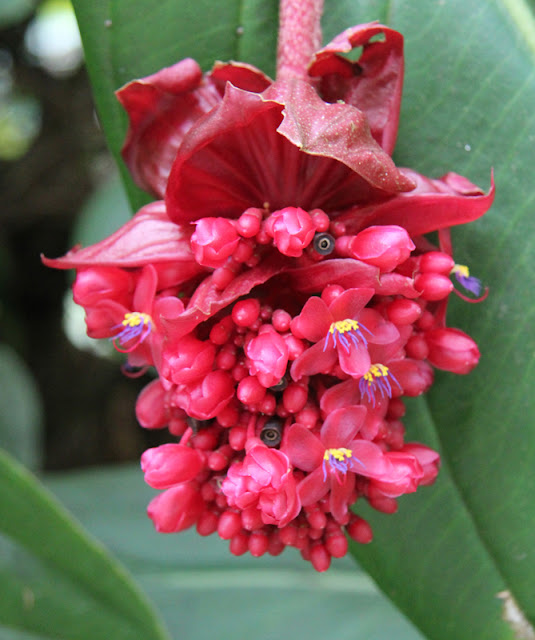 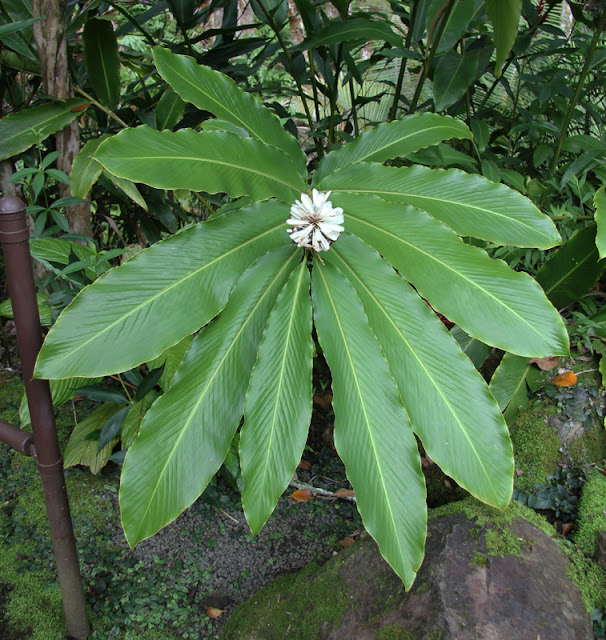 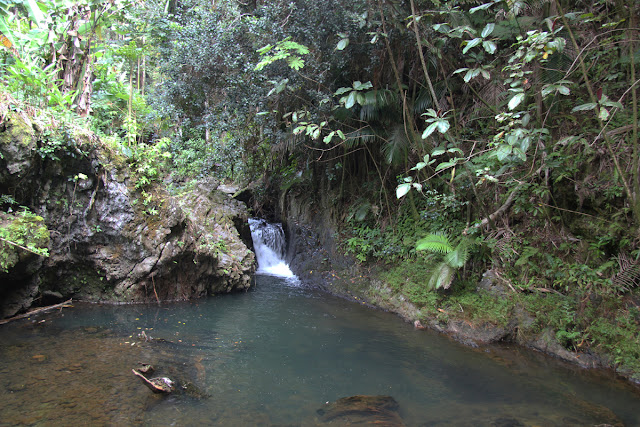 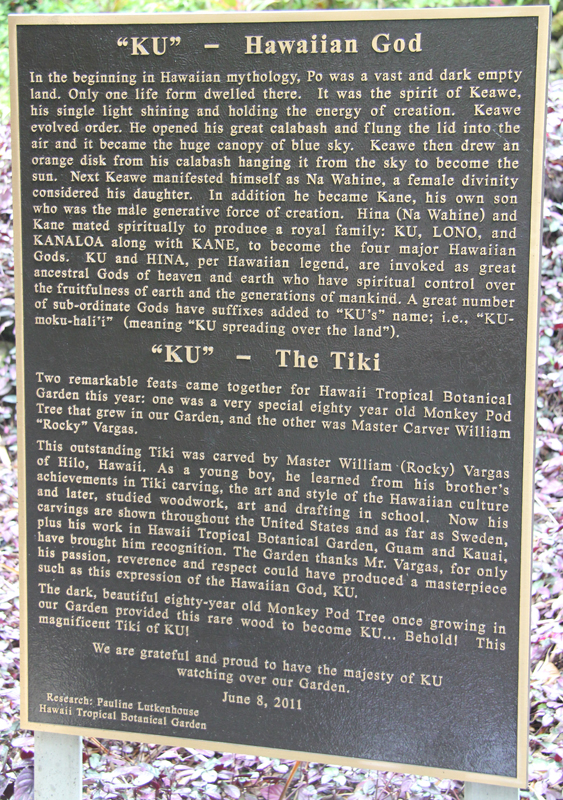 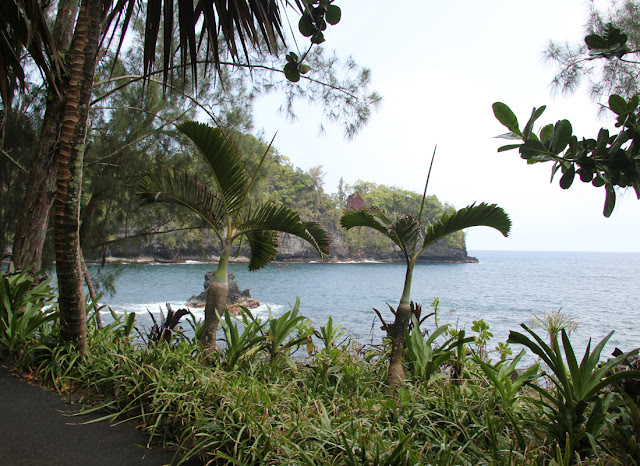 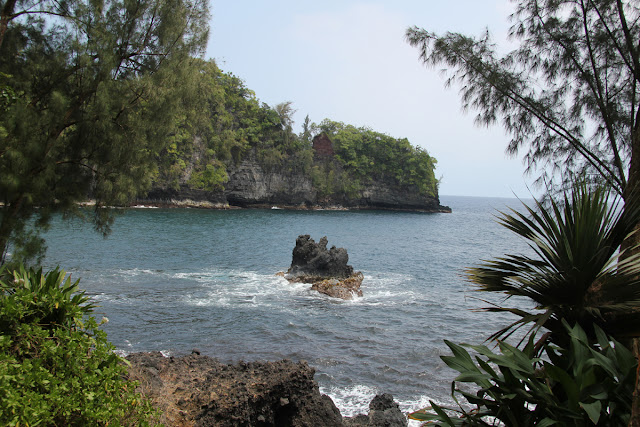 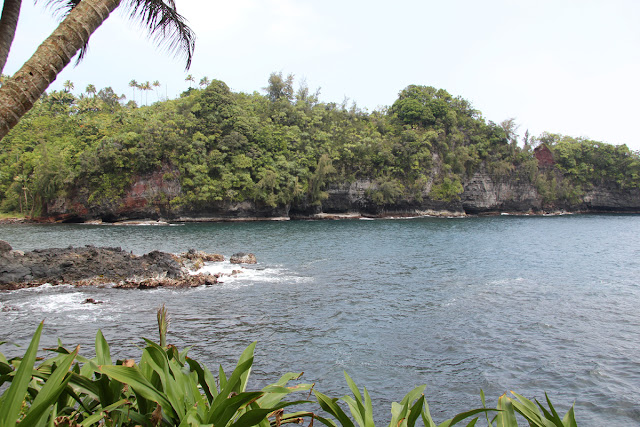 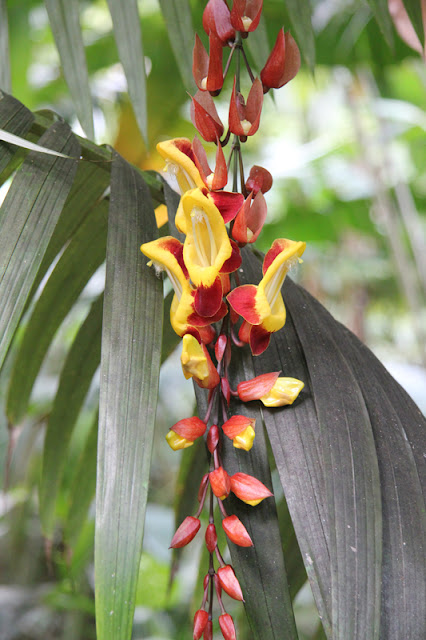 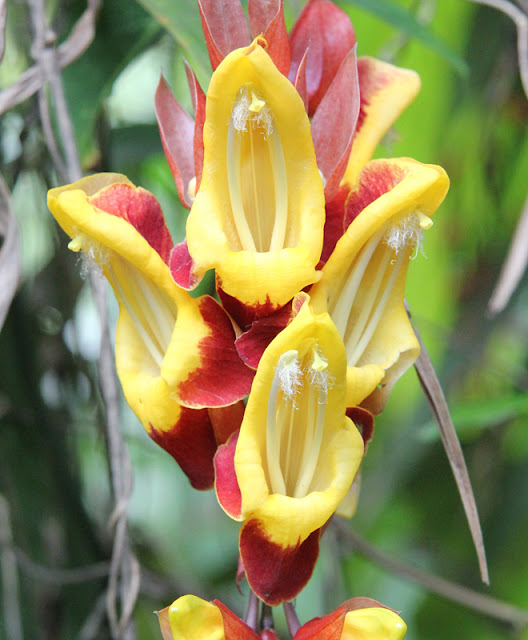 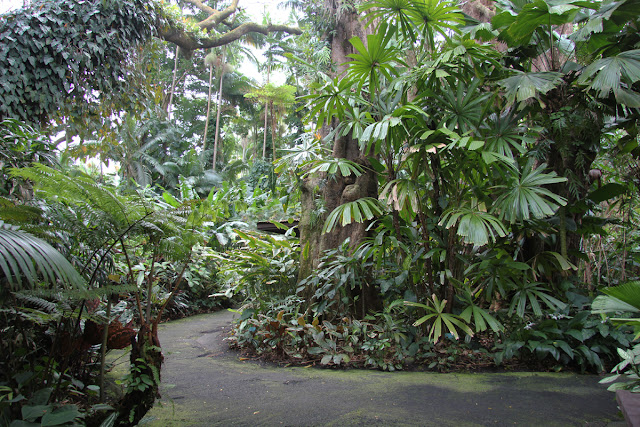 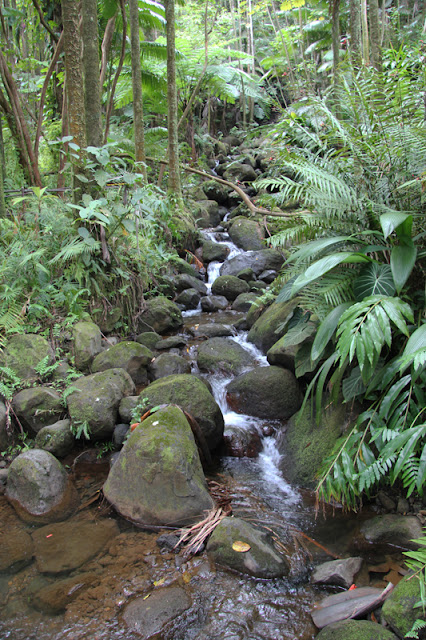 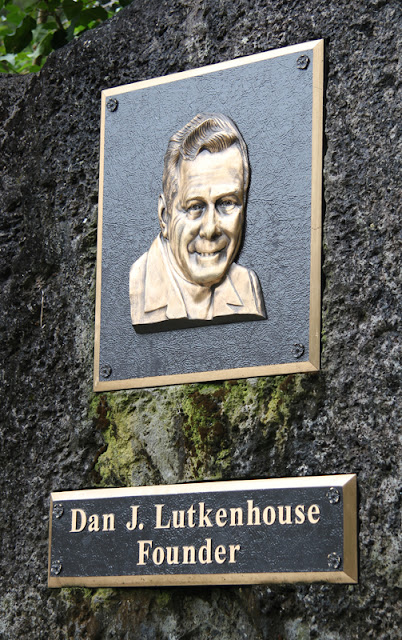